In early March 2013, everyone listed in the NORM SOLUTIONS e-mail distribution list received an update concerning the Texas Department of State Health Services (DSHS) intent to release a third draft of the 25 TAC 289.259 Licensing of Naturally Occurring Radioactive Material (NORM) rule. However, the new draft has not been released, and we continue to expect it this year. The second draft of the 25 TAC 289.259 is no longer viewable on the DSHS website. The department’s tentative decision to produce a third draft of the rules transpired from the outstanding response during the first and second draft public comment periods, in which the NORM SOLUTIONS e-mail distribution list was instrumental. During the public comment periods, comments were distributed to every subscriber as well as links to where the rules could be found on the DSHS website and information regarding commenting. Thank you to all the subscribers on the distribution list who provided comments on the proposed draft rules. Remember, many state regulators do not have a diverse background in both radiation safety, and the oil and gas industry. Public commenting is when our voice is heard by regulators, and we influence the regulations in which we will comply.
The NORM SOLUTIONS e-mail distribution list provides complimentary information regarding regulations, events, conferences, forums and class offerings. If you are interested in keeping current with state regulation changes as well as news in the NORM/TENORM world, subscribe to our e-mail list in the bottom left corner on each page of our website.

The department may release a third draft of the rule, and is evaluating the possibility of coordinating with the Texas Railroad Commission (RRC) to revise each agency’s NORM rules together within the next two years. This collaboration will attempt to “streamline” the regulations between both agencies, enabling compliance more manageable with both sets of rules. The RRC is also entertaining the possibility of drafting proposed rules as well, in conjunction with the DSHS and the oil and gas industry. This has only been stated in casual conversation and is subject to change at any time. 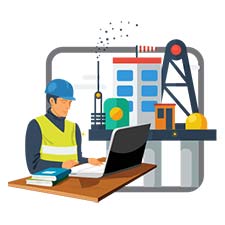